SUPER DISIDENCIA is a “social wrestler” who aims to destabilize and de-fetishize that which is understood to be gender, race, nationality, ethnicity, appearance, age or social class and thus to fight alongside those who challenge these categories.

Performances
SUPER DISIDENCIA distributes and performs their letter (based on Super Barrio’s letter (1987)) in Spanish and/or English, and plays the song “Super Disidencias“.

Here is where the luchas come in with all their color and extravagance, the fans and their fury: the luchas are best when the fantasies they project are pure reality. Sometimes rude and brutal, sometimes beautiful and kind, emanating from the will to fight on. This is where the golden light comes from, the flaming outfit, the mask, collective will, a truth to revolutionize what is widely understood as sexual relationships. This revolution demands that we stake out a radical democracy, a reason to fight since it “essentially presupposes the political necessity of liberating minorities integrated by their anomalies.”(Manuel Asensi) (fragment from SUPER DISIDENCIA’s letter)

Performances of SUPER DISIDENCIA took place at the UVA Tlatelolco in Mexico City, at the ACF in London and at The Mission in San Francisco (2012).
The installation was part of the exhibition “La Quebradora – Lucha Libre in Contemporary Mexican Art“, curated by Amy Pederson, Mission Center for Latino Arts, San Francisco (2012). 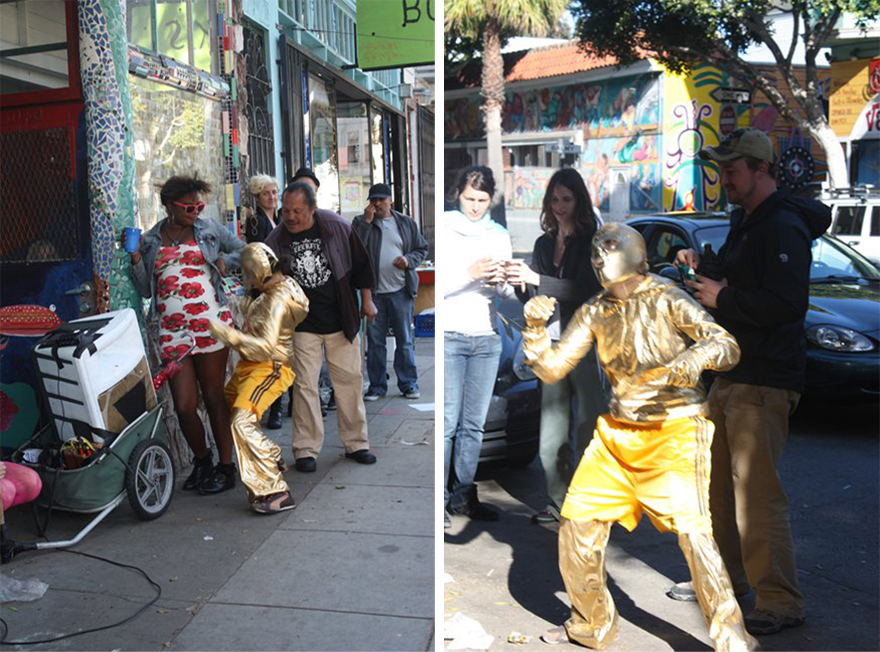 Performance at The Mission, San Francisco (2012) 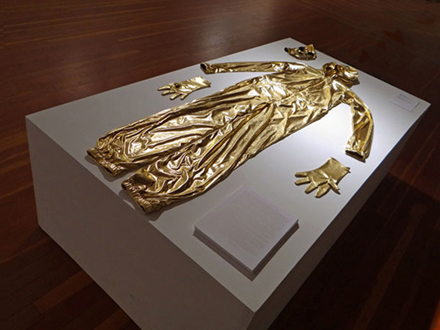 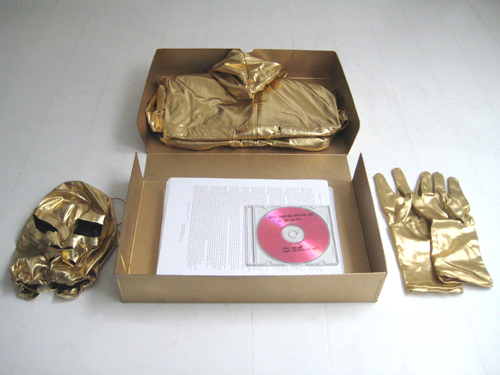