Interview: Hauntings in the Archive, Frieze

Hauntings in the Archive

An understanding of history as unreliable – a subjective, edited text, fallible to human error or deliberate bias – has been much explored in recent politics and art practice. The archive has become both a physical and rhetorical space in which to challenge omissions, gaps and absences and ask questions about hierarchies of power. Who, and how, do we remember, and why? The intricate relationship between feminism and the archive – the notion of activating and preserving marginalized history as a form of collective resistance – has been addressed by academics such as Kate Eichhorn, a lecturer in writing and cultural theory at The New School in New York, who perceive an engagement with the past as a means to stage radical, progressive interventions in the present. Akin to other energized forms of political intervention, the archive is there to be reclaimed. 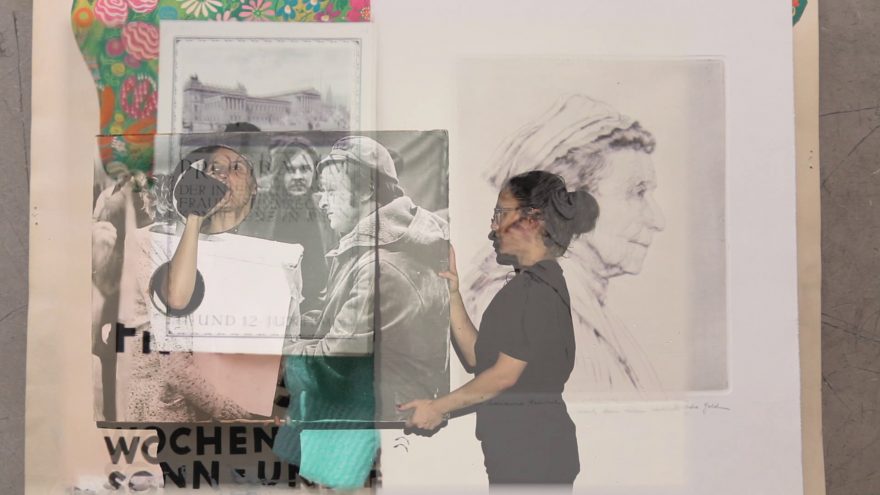 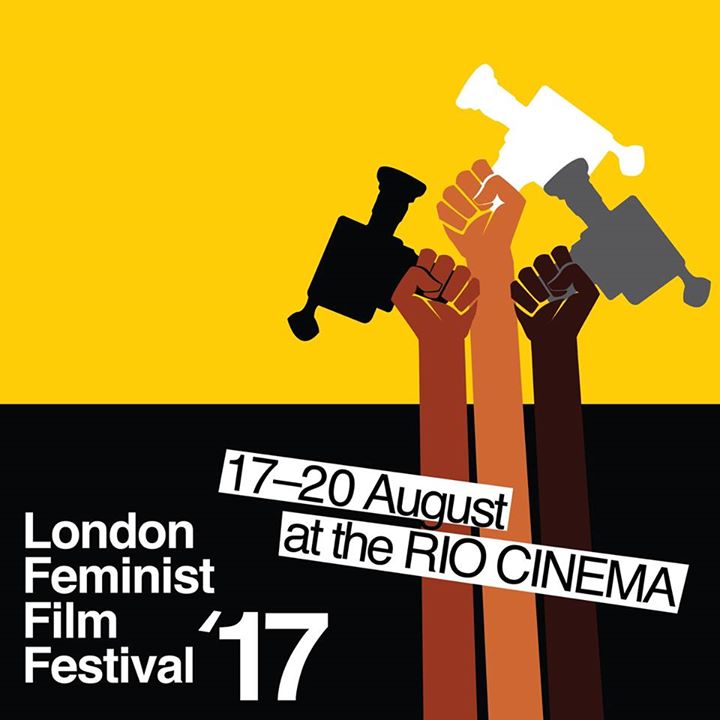 FEMINISM AND THE ARCHIVE + panel discussion with Althea Greenan (Curator at the Women’s Art Library at Goldsmiths University), Samia Malik (from the Women of Color Index reading group that explores the Women’s Art Library catalogue at Goldsmiths to visibilize WoC artists’ work) and Julia Wieger (co-director of Hauntings in the Archive! and co-founder of the Secretariat for Ghosts, Archival Politics and Gaps (SKGAL), at the VBKÖ).

LFFF2017 will screen the European premiere of feature documentary Hauntings in the Archive! This will be followed by a short talk by Selina Robertson on her research with the Rio Cinema’s 1980s–1990s feminist film curation archive.


Trailer HAUNTINGS IN THE ARCHIVE! from SKGAL on Vimeo.

Hauntings in the Archive! reflects on and exposes the his/herstory/ies of the Austrian Association of Women Artists (VBKÖ) through its century-old archive of letters, photos, catalogues and thousands of other documents. The Secretariat for Ghosts, Archive Politics and Gaps curates the material to conjure up the spectres of the multiple lives of the VBKÖ that meet and share the scene in the film: ghosts of national socialism encounter colonial fantasies and old and new feminist agencies. 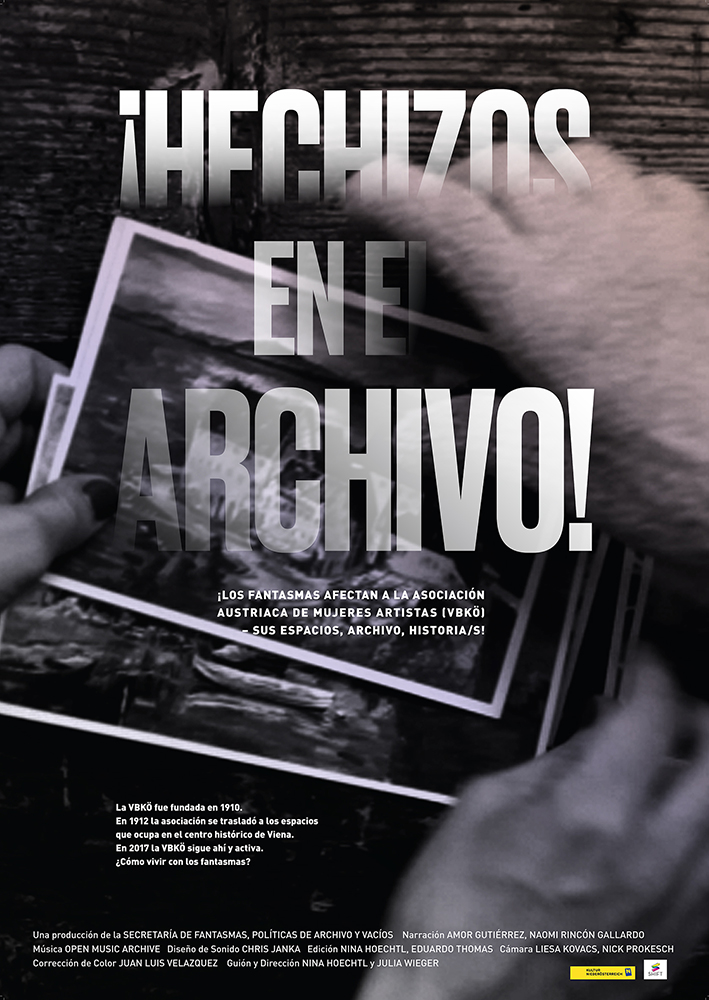 Trailer HAUNTINGS IN THE ARCHIVE! from SKGAL on Vimeo.

¡HECHIZOS EN EL ARCHIVO!/HAUNTINGS IN THE ARCHIVE! attempts a long, fragmentary cut through the his/hertory/ies of the Austrian Association of Women Artists (VBKÖ). Founded in 1910, the VBKÖ was one of the first organizations in Europe to represent the artistic and economic interests of women artists. In 2017 the association is still active and it faces ghosts of national socialist ideologies and of colonial fantasies as well as spectres of old and new feminist agencies. 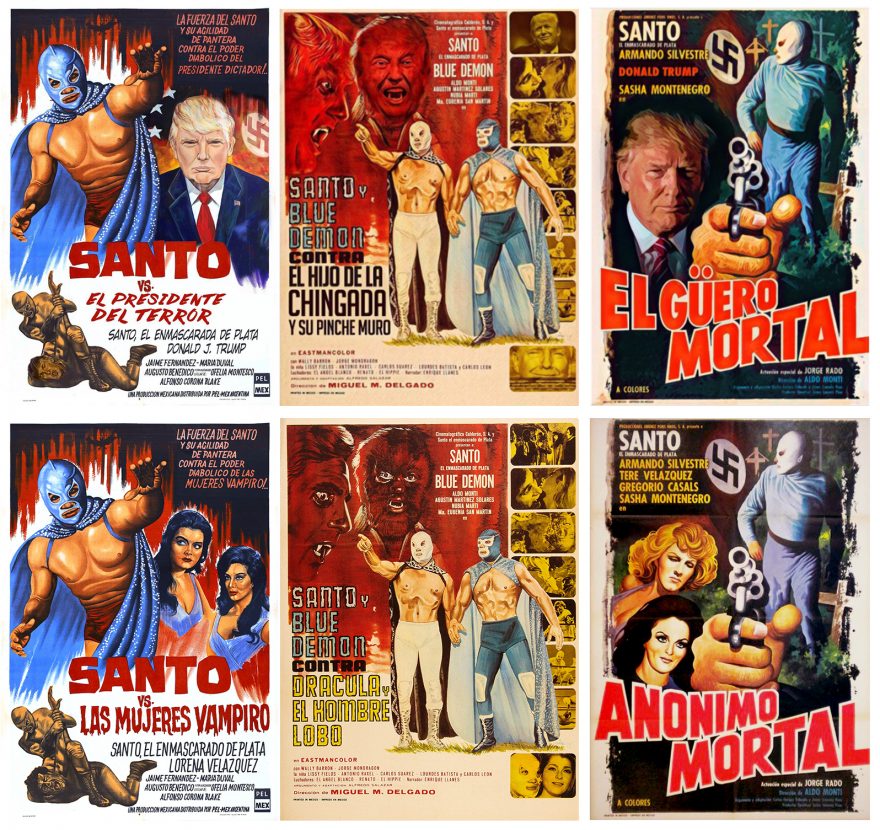 Presentation and exhibition @ BEYOND BORDERS 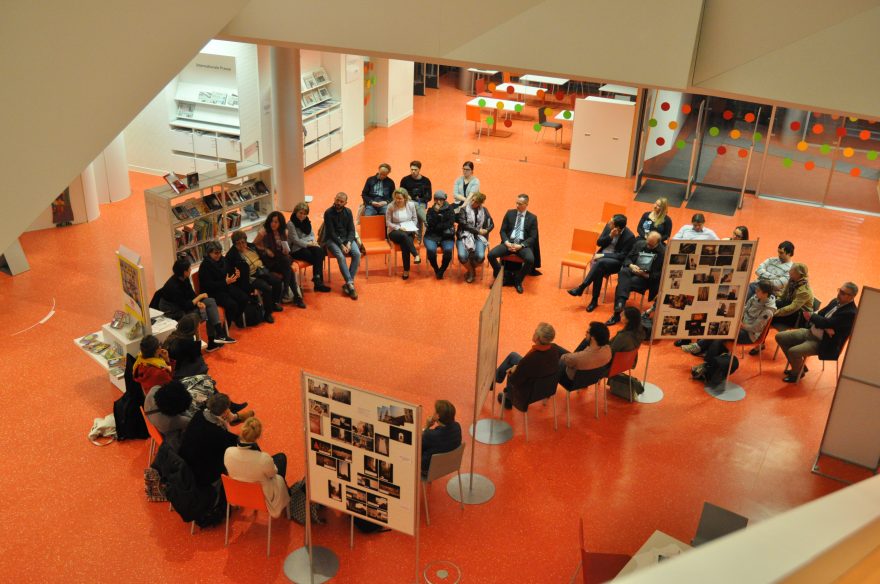 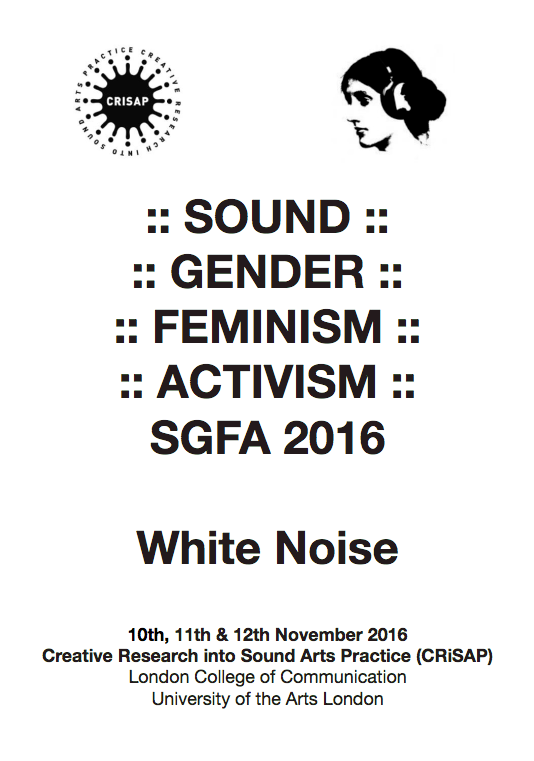 As cuir-feminists in a white supremacist capitalist patriarchy – as our imaginary friend bell hooks so accurately termed it – we attempt to intervene in its white noise in order to interrupt its hissing seemingly tranquilizing yet numbing sound. Moreover, in the mexicano context at least half of our group are read and addressed as güerxs: the word may refer to personas with blond hair and/or fair skin and/or to their supposedly “higher” social and cultural status, thus it might be also used to güeriar/flatter in order to get something.
While associating white noise with an opaque and subaudible power, which hierarchically organizes bodies, lands, resources and access, among others, through a reggaetón song we seek to address these complex intersections as well as the power dynamics, blind spots, and different privilegios such as racial, class and educational aspects within our group: How do they affect, transform, challenge, hinder and lessen relationships, dialogues, work and the ethical, political and creative risks we take? How could our reggaetón song be a fertile ground to provocar cuir-feminist empowerment and a significant descolonial gesture challenging its essentializing association of “latinx” y “caribeñx” as well as its intrinsic relation with dancing, physicality and sexualidad? 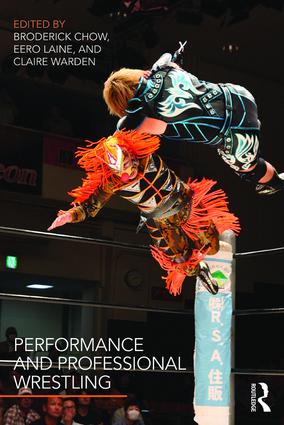 Performance and Professional Wrestling is the first edited volume to consider professional wrestling explicitly from the vantage point of theatre and performance studies. Moving beyond simply noting its performative qualities or reading it via other performance genres, this collection of essays offers a complete critical reassessment of the popular sport.

Topics such as the suspension of disbelief, simulation, silence and speech, physical culture, and the performance of pain within the squared circle are explored in relation to professional wrestling, with work by both scholars and practitioners grouped into seven short sections:

A significant re-reading of wrestling as a performing art, Performance and Professional Wrestling makes essential reading for scholars and students intrigued by this uniquely theatrical sport. 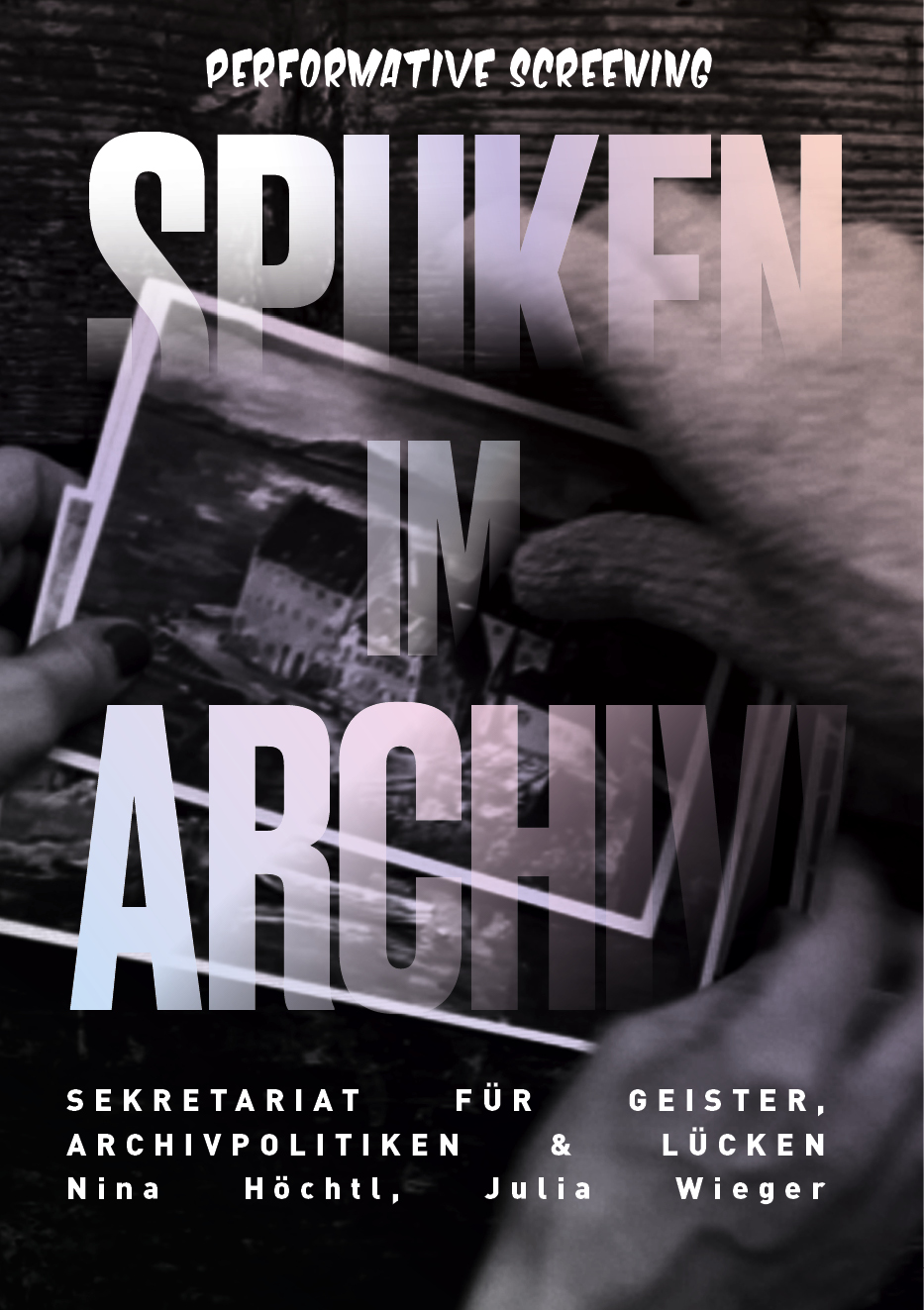 In July the Sekretariat für Geister, Archivpolitiken und Lücken (Secretariat for Ghosts, Archival Politics and Gaps – SKGAL) will present the project SPUKEN IM ARCHIV!/HAUTINGS IN THE ARCHIVE! through a series of performative screenings:

HAUNTINGS IN THE ARCHIVE! is a film and research project by SKGAL which deals critically with the hi/herstory/ies and archive of the Austrian Association of Women Artists (VBKÖ).

SKGAL is a working group of the VBKÖ, an institution that was founded in 1910 as one of the first organizations in Europe that represented the interests of women artists. While the feminist origins of the association provide an impressive and important point of reference – and this includes contemporary perspectives – the hi/herstory/ies of the association are ambivalent: In 1938 the VBKÖ committed to cooperation with the National Socialist regime. Furthermore, over the several decades following 1945, it did not break away from its everyday routines and personnel which stemmed from National Socialist period. A radical change in the direction of the subject matter and content finally took place in the late 1990s through a clear generational shift of the VBKÖ’s board. Hand-in-hand with the new direction, the VBKÖ established its archive in 2004 and began its involvement in the contemporary feminist art context of Vienna.

In this context, SKGAL asks how hi/herstory/ies can/could be written in a self-organized women’s artist association. Moreover, how can an association which now fosters contemporary feminist artistic agendas establish a vital connection between historical debates and contemporary queer, feminist art productions? And how can it do so with artistic means?

Through the performative screenings, HAUNTINGS IN THE ARCHIVE!, SKGAL invites you to follow the ghosts of the VBKÖ, and to join them in reconsidering the material in the archive of the association in order to challenge it through debates and interpretations. For this project SKGAL will appropriate historical images and textual material from the archive, it will indicate gaps, reclassify material, and bring about a variety of connections. In the project, ghosts haunt places, voices and images, and they show strategies as well as the power of hi/herstory/ies. Along with the ghosts, SKGAL aims to contradict the unequivocal consolidations of history and will thereby attempt to update the hi/herstory/ies in the archive in order to shift views on its material. This way it is possible for the archivist Sabine Harik, who compiled the archive of the VBKÖ, the philosophers Jacques Derrida and Michel Foucault, the feminist artists network INTAKT, the art historian Julie M. Johnson, the cultural scientist Kate Eichhorn and the artist VALIE EXPORT to come together in order to challenge the hi/herstory/ies of an old association for women artists! 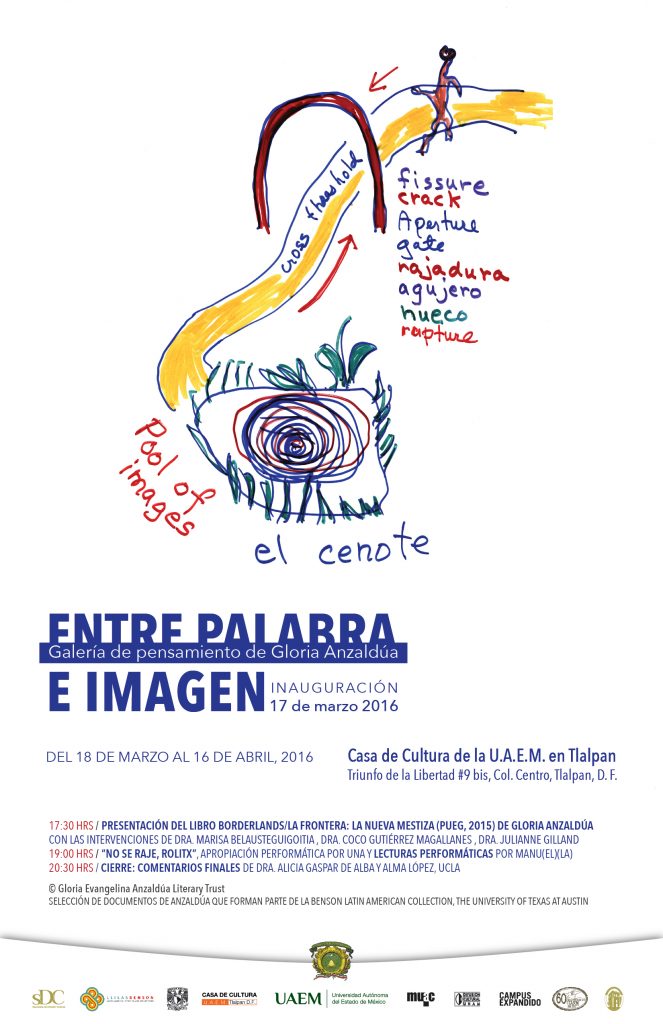 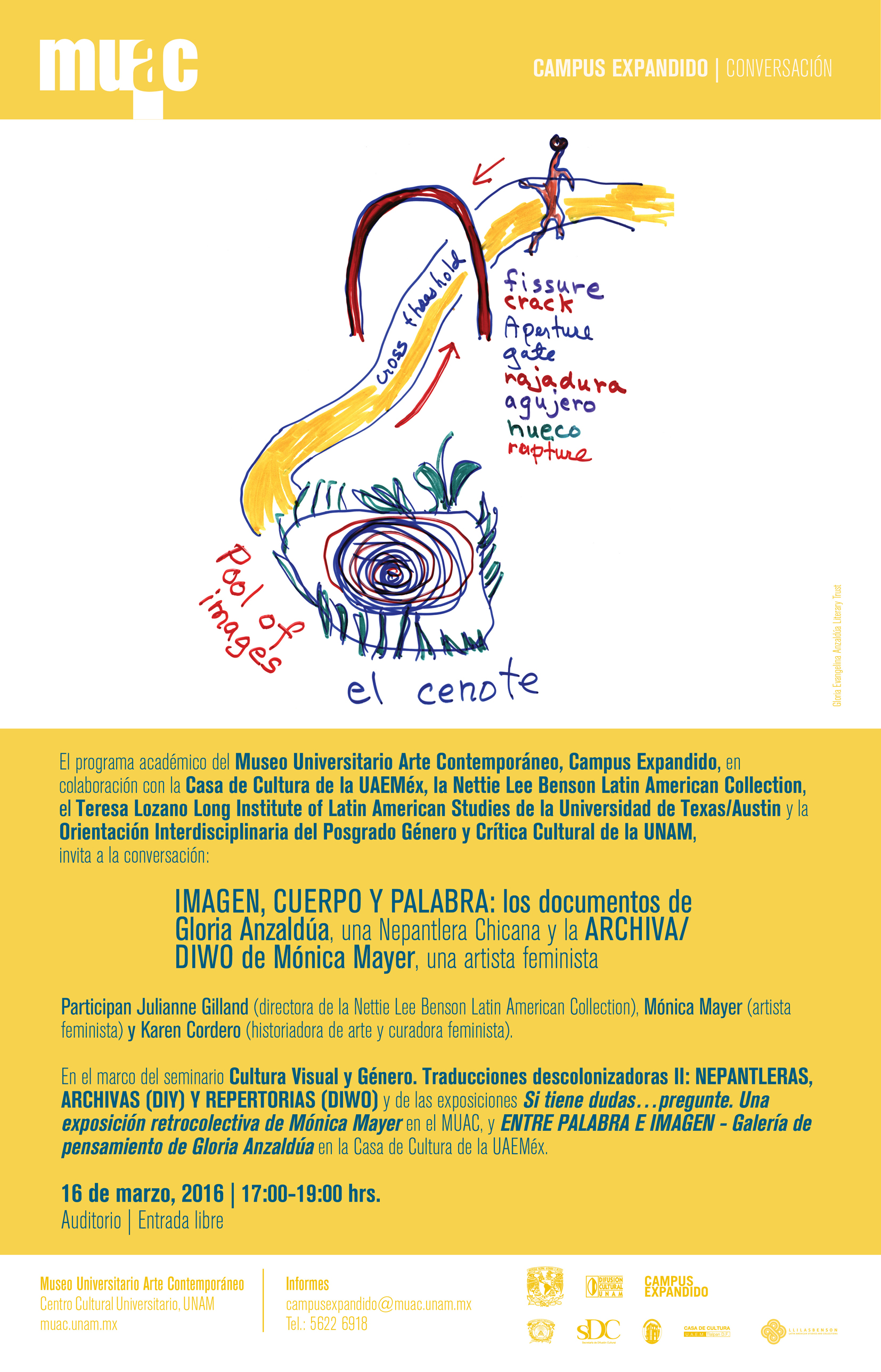