In Mexico, there is hardly anyone who does not know the Cine de luchadores film genre (i) with its famous icons El Santo (ii), Blue Damon and Mil Máscaras, among others. So far, however, only two exótico wrestlers (iii) appeared in minor roles in two movies from 1952: El luchador fenómeno by Fernando Cortés and Huracán Ramírez by Joselito Rodríguez. In the Cine de luchadores genre women are usually relegated to passive roles, nonetheless, the director René Cardona shot between 1963 and 69 a five picture series with women wrestlers as main characters.

The talk and screening programme “Wrestling over gender roles” (in Spanish) presented a series of feature and short films that focused on gender representations that resist being pinned down easily to a single meaning. In these films, do women wrestlers and exóticos skirt categories of sex, gender and sexuality and render them ambiguous?

(i) Between 1952 and 1983 approximately three hundred wrestling movies were produced in Mexico.
(ii) El Santo (The Saint) is considered to be the most famous and iconic wrestler in Mexico. His career spanned from 1942 to 1982 and he appeared in 52 movies during his 25 years film career (1952-1982). His movies were among the most popular in the history of Mexican cinema. The public never saw his face as he was buried with his silver mask.
(iii) Since the 1940s exóticos have been part of lucha libre. Exótico is used to describe male wrestlers, who are considered to be homosexuals and who cross-dress and/or display mannerisms usually coded as female. The term exótico is related to the term raro, a commonly used word that roughly translates as “queer“. 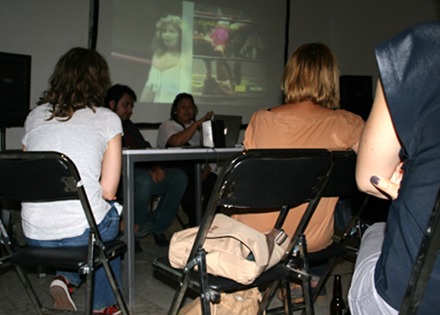